by SON OF JAGUAR 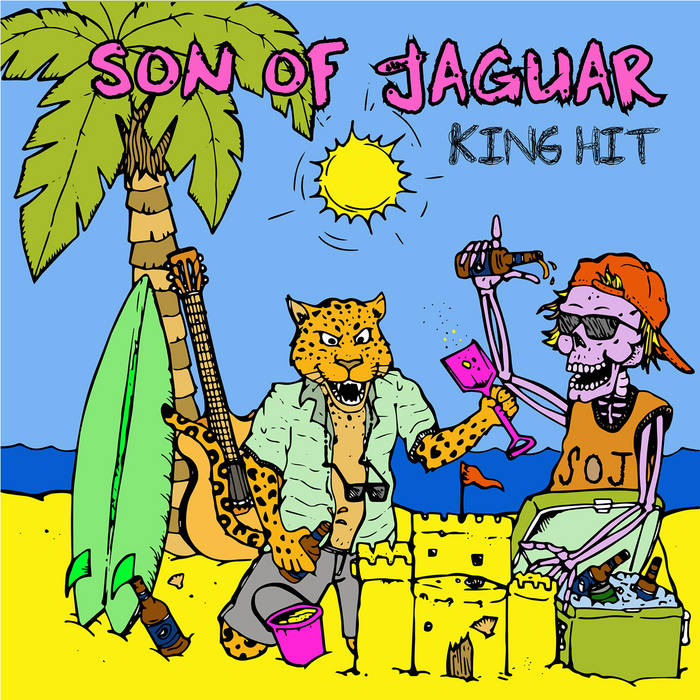 Hailing from the beach side suburbs surrounding Woolgoolga on the NSW Mid North Coast. Son of Jaguar started out life as High Horse in the summer of 2011/12. Born out of a desire for nothing more than getting together with some mates, drinking a few cold beers and playing some sweat drenched rock n roll. The band started playing the local pubs with 3 sets of covers by the likes of The Hellacopters, The Oblivians, The Upper Crust, Reigning Sound, The Supersuckers, The Stooges, Radio Birdman, Beasts of Bourbon………
Soon enough they were writing originals, influenced by all the songs they’d been playing. These originals slowly started creeping into the sets of covers and soon enough that became the focus of the band. The next logical step was to record some of those songs and with that in mind the band changed it’s name to Son of Jaguar (there’s already a bunch of High Horses around the world). The first gig as Son of Jaguar was in March 2016. Since then they’ve had support gigs with The Living End, The Bennies, The Hard Aches, The Celibate Rifles and Spy vs Spy.
The band members share a wealth of musical experience having played in many different bands over the years on the NSW North Coast, in Lismore, Brisbane and Sydney. Bassist Joe Hansen is best known as a member of iconic Australian rock band Grinspoon. Guitarist Jason Thorncraft (usually a bass player) is an ex member of Headlifter, Mortal Sin and Unclean. He and vocalist Gary Maher played together for many years in Sydney noise rock band King Pest.

The Son of Jaguar line up is classic, with a twin guitar attack that is inspired by 60’s and 70’s garage, rock and punk. The sound is loud, upbeat, melodic, loose and hip shaking just as good rock n roll should be.

CON-003D
Also self released by the band on CD

Recorded over two weekends in February and May 2017 at Heaven Recording Studios, Yamba NSW
Mixed and mastered by W Paul Agar at Heaven Studios and co produced with Son of Jaguar

CON-003D
Also self released by the band on CD